Two weeks after announcing his decision to enter the 2020 US presidential race, a tearful Kanye West has revealed how his wife Kim Kardashian saved their daughter from a potential abortion.

The 43-year-old rap mogul made the announcement as he broke down in tears during his first campaign event in South Carolina yesterday.

West said he was still living the “rapper’s lifestyle” when Kardashian found out she was pregnant with their oldest child, North.

The musical talent, who was the highest-paid hip-hop artist of 2019, admitted that he did not want the baby but praised his Kim Kardashian for protecting their baby.

“She brought North into the world, even when I didn’t want to,” he said. “She stood up and she protected that child.”

“I was living the rapper’s lifestyle,” West disclosed. “For one month and two months and three months, we talked about her not having this child. She had the [abortion] pills in her hand…. these pills, if you take the pills, that’s a wrap. The baby’s gone….”

West said he believed God spoke to him during that time and that’s why he decided abortion was not an option to pursue.

“She brought North into the world, even when I didn’t want to, she stood up and she protected that child,” he said full of praise for Kim Kardashian.

“My dad wanted to abort me. My mom saved my life! There would have been no Kanye West because my dad was too busy.”

West will dedicate the name of his next album to his mother, Donda, who died in 2007.

The father-of-four suggested he would incentivise women not to have an abortion through policies which would offer them support.

He said it ‘takes a village’ to raise a child, emphasizing that he wanted all mothers to be free from worries about raising a baby.

The couple now have four children together; North (7), Saint (four), Psalm (one), and daughter Chicago (two).

Last year, he declared his new-found pro-life views in an interview with radio host Big Boy while promoting his new album, Jesus Is King.

He said that black Americans have been “brainwashed” into voting for the Democratic Party despite the fact the party promotes pro-abortion policies that are harmful to them.

West, who has sold 21 million albums and over 100 million digital downloads worldwide, said: “We’re [black Americans] brainwashed out here, bro. Come on, man. This is a free man talking.

“Democrats had us voting for Democrats with food stamps for years. What are you talking about guns in the 80s, taking the fathers out the home, Plan B, lowering our votes, making us abort children. Thou shall not kill… I can’t tell y’all how to feel. But what I can tell you honestly, is how I feel.”

The comments represent a huge change for West who has previously appeared supportive of abortion. In 2013, his song ‘Blood on the Leaves’ he promoted abortion as a way to avoid the responsibility of fatherhood and the consequences of an extra-marital affair.

Speaking of his pro-life views West insisted he wasn’t worried about being “cancelled” by fans over his new Christian and pro-life beliefs.

Kanye isn’t alone in feeling like this. Black Americans are an increasingly significant part of the pro-life movement with prominent campaigners calling out the US largest abortion provider, Planned Parenthood, claiming that it targets Black American communities.

Planned Parenthood’s founder Margaret Sanger notoriously wrote, in 1939, “We do not want word to get out that we want to exterminate the Negro population and the minister is the man who can straighten out that idea if it ever occurs to any of their more rebellious members.” 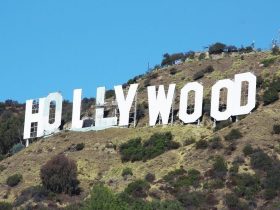 Who Are the Famous Celebrities From New York