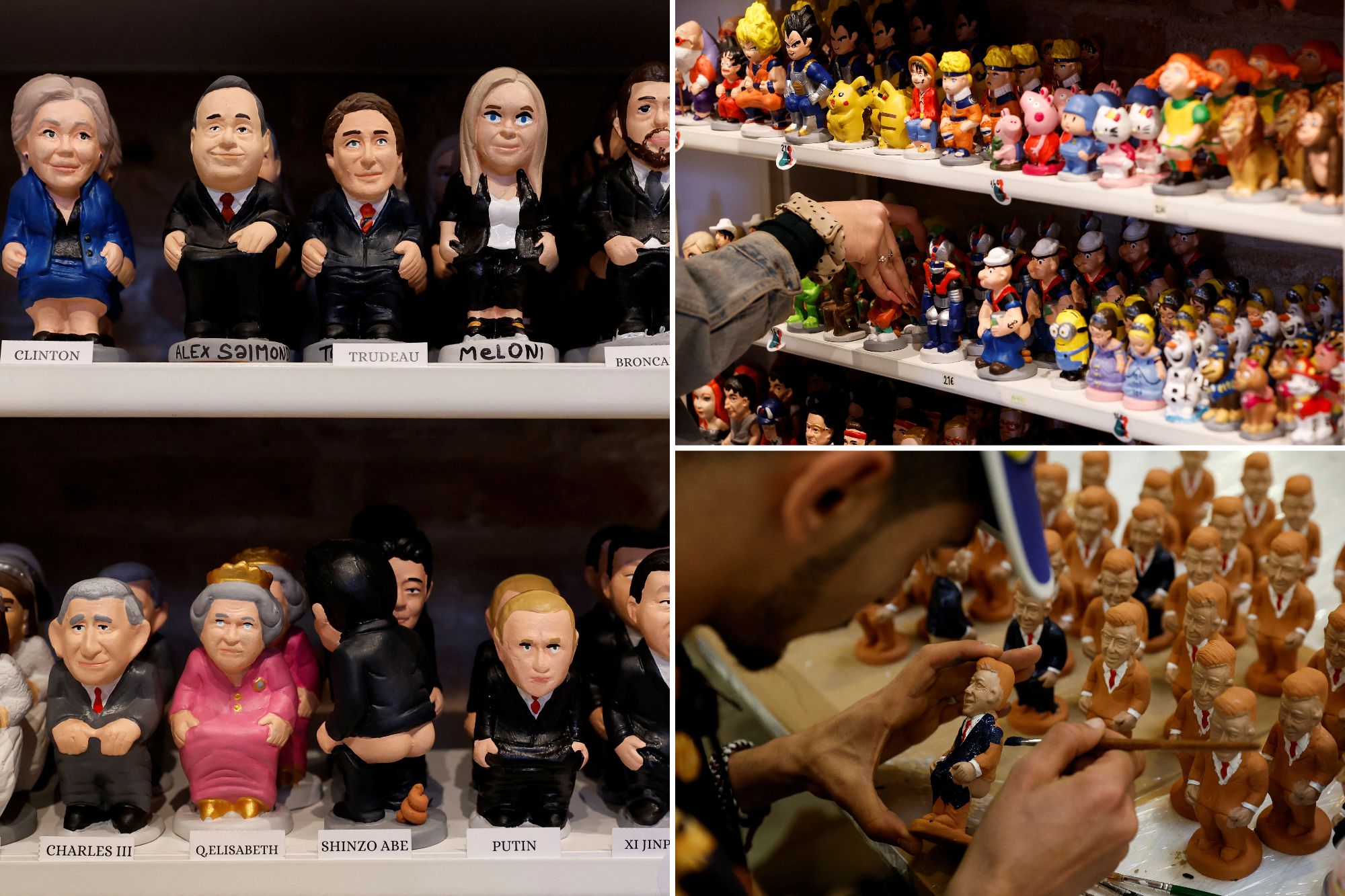 Inmates at a prison north of Barcelona have produced thousands of clay figurines of world leaders and celebrities with their pants down and defecating, in keeping with a tradition from the northeastern Catalonia region of Spain.

Originally the “caganer” (pooper) figures were shepherds hidden among nativity scenes, to be spotted by family and friends, but the tradition has expanded to include famous figures in the headlines over the past year.

The Puig les Basses prison taught inmates how to make the statuettes in collaboration with a private family business, Caganer.com, which this year added Ukrainian President Volodymyr Zelenskiy and British Prime Minister Rishi Sunak to its collection of more than 600 models, including Russian President Vladimir Putin, the late Queen Elizabeth II and her son and successor King Charles III.