Weekends are often spent to get out of or to take a break from the so-called “rat race” in the city. While some prefer to appreciate the glorious wonders of Mother Nature, others choose to hit nearby spots in the metro to simply unwind. Thankfully, there are some famous cities that feature that sort of best-of-both-world, where the serenity of the environment meets the modernity of the concrete jungle.

New York City has always been known to be brimming with endless possibilities, surprises, and just about anything and everything in between. It’s probably safe to say that there are a lot of great escapes, specifically for weekend warriors, all within a stone’s throw away from the Big Apple.

In this article, let’s look at some of the coolest, most visited weekend getaways in or near this great state. For that, we’ve asked the help of a couple of our peers. Here are their suggestions:

For Those Who Prefer to Stay in the Big Apple, Liam Johnson, CEO of The Hitch Store says:

Weekend getaways may be currently restricted in some cases and not many locals know about these places, but listed here are some of the places in New York which are highly recommended:

Arguably, the Hamptons is one of the favorite family vacation spots not just in the city, but the whole East Coast. It’s a quiet place surrounded by a sandy paradise and a long beach, all of which provide a perfect backdrop for either romantic walks or quiet meditation sessions.

A two-tier waterfall that everyone can’t help but fall in love due to its dominant green colors and overall magnitude. It’s the tallest of its kind in New York—featuring a total drop of 260 feet, providing a fresh and relaxing scenery. No wonder Kaaterskill Falls has always been an extremely popular natural attraction in the state.

If you’re looking for a place that helps you get more in touch with your inner nature-lover self, then, Lake Sebago could be your go-to paradise in New York. This Harriman State Park lake reflects the sky and the landscape flawlessly, setting a beautiful precedent for the natural splendor of the state. It also has vast picnic grounds and playfields, as well as scenic spots for angler fishing.

For Those Who Like to Escape the City and Drive to Nearby States, Erica Coltun, Area Director of Public Relations of Loews Hotels shares:

While winter is often synonymous with warm destinations, this year, there are plenty of safe outdoor activities to enjoy on the East Coast, specifically Philadelphia and Boston giving locals and travelers a reason for a change of scenery this season. It’s a good thing also that New York is right smack in the middle of these two bustling cities and is just a couple of hours drive away.

If you made the trip to Philadelphia from New York this time of year, chances are you’ll be greeted with an aesthetic winter wonderland. From Winter in Dilworth Park, to the Christmas Village, you’ll never run out of things to do in one weekend in the city. The former presents tons of activities such as ice skating and outdoor shopping, while the latter is a gorgeous holiday destination that feels quite like visiting a picturesque European destination.

With all there is to do in Philly this season, booking Loews Philadelphia’s third night free offer is the easiest decision you’ll make all season. Guests can enjoy the newly enhanced rooms boasting the best views in the city. There’s also take-out and to-go options from inherently American restaurants, Bank & Bourbon, organic, grab and go options from POD Market. In addition, we have a full-service salon and a spa from Pennsylvania native Joseph Anthony Retreat Salon & Spa.

Boston, for its part, offers quite the same features as its other East Coast counterparts. The city, or more particularly in Back Bay, recently concluded its annual holiday lights program, in which colorful and eye-catching decorations flourish all around the area.

Newbury Street is another one of those lowkey areas in Boston where the winter simply highlights its magnificence. Just steps from our hotel entrance, many visitors and locals deem it as a must visit destination all year round, thanks to the bustling lights of its fairly busy streets.

Speaking of lively streets, downtown Boston is ideal for those nice neighborhood strolls. There are three great neighborhoods in particular: the South End, the Theater District, and the aforementioned Back Bay. Just make sure to bundle up before going outside.

The sites and sounds of New York City draw crowds from different parts of the city, the state, the country, and the rest of the world. They offer a plethora of activities for all kinds of people, across a wide array of landscapes.

Another great thing to consider is that getting in that much-need weekend getaway isn’t just limited to the Big Apple, as the city is relatively close to other equally beautiful metros like Philadelphia and Boston. With all these in mind, it’s almost certain that people will never run out of locations for their quick weekend escapes. 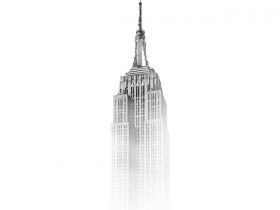 How Did the Boroughs Of New York Get Their Names? 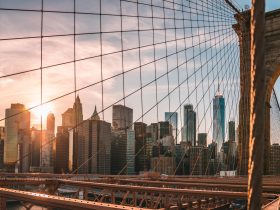 The Most Amazing Secret Spots in New York City

Tips When Traveling New York for the First Time 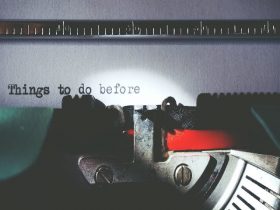