Nothing can beat the South regarding delicious food and tasty drinks. And among all the southern states, Tennessee receives a lot of recognition for its food scene, probably because of its rich culinary traditions. The state’s rich food history has been influenced by African American culture, Native American, and Western Europe. Moreover, since it covers such a wide area, there is a lot of geographical diversity to be found in Tennessee’s cuisine. Both upscale eateries and farm-to-table restaurants can be found nearby. It means that there is something for everyone, and no matter what food you normally prefer, you are bound to find something to your tastes. Here is a list of famous foods and drinks you must try in Tennessee to get the whole Southern experience.

Cornbread is a staple in almost every state in the South, and Tennessee is no exception. Even though Tennesseans can never agree on whether sugar goes in cornbread or not, they love it all the same. It is prepared from cornmeal and is baked in an iron skillet. It goes with almost every food, and its deliciousness makes it hard to stop eating after just one serving.

No dinner is complete if you are in Tennessee without some homemade wine. Tennessee is famed for its sweet wines since it grows more than 30 varieties of grapes. There are several notable wineries that you can visit. However, we recommend Tennessee Homemade Wines. It’s a perfect spot for tasting all the different wines, and with their awesome deals, it’s simply a steal.

As you might have heard, everything tastes better fried. Tennessee takes this saying very seriously and even fries their pickles. And it must be admitted that coating sliced pickles in batter and deep frying them brings forth the most magical flavor. Several fried pickles are available, from dill pickles coated in cornmeal to fried hamburger pickles.

Tennesseans find it hard to decide whether the banana pudding is a side dish or a dessert. But whatever the case, everyone agrees it is a must-try Tennessee food. Easily found on the menu of every barbecue joint, this light, creamy dessert combines bananas, pudding, and vanilla wafers into a heavenly mixture that is hard not to love. Even homemade banana puddings are said to be splendid and can be made ahead of time and chilled.

If you haven’t tried this dish, you haven’t had the full southern food experience. The meat and three is when you order one dish of meat with any three side dishes from the daily specials. The meat can be fried chicken, meatloaf, or catfish. The side dishes include anything from vegetables and jello to mac and cheese and cottage cheese.

Like most Southern recipes, Tennessee fried chicken can range from mildly hot to spicy. Whether you eat it with mashed potatoes, southern greens, or sweet corn, it is bound to be better than any fried chicken you have ever tasted.

Bushwacker is a frozen drink made of vodka, coconut, and Kahlua. The recipe of which has been said to be imported from the islands of the Caribbean. No matter where it originated, though, nobody makes a better Bushwacker than Tennesseans. Recently, this drink has become very popular, and most restaurants have started putting their spin on it. However, you should be careful when drinking it, as it packs a punch.

It is thought that biscuits and gravy were first consumed in Southern Appalachia in the late eighteenth century. Biscuits used to be much denser and needed gravy to make them softer. Over time, the easy availability of baking powder and baking soda meant that biscuits were now softer. Still, biscuits and gravy had already been established as a staple of the area. It appears on almost every menu and can be enjoyed for breakfast or supper.

The ham in this dish is dry-cured over a long period, giving it a rich, salty flavor. It is accompanied by red-eye gravy, which is made by mixing the ham drippings with a little black coffee from the bottom of your coffee pot and a bit of butter. It makes it a product of southern ingenuity and the thriftiness of olden times, which is still very popular in Tennessee today.

In most states, ribs are eaten slathered in sauce. However, in Tennessee, people like to complement the pork flavor with a dry rub consisting of salt, paprika, onion powder, garlic powder, mustard powder, and brown sugar, among other spices. The ribs are then brushed with vinegar and cooked over charcoal. And it can be served with a sauce or an additional seasoning sprinkle.

Whiskey is part of Tennessee’s long history of distilling spirits when Scottish, Irish and Scots-Irish immigrants moved here in the 18th century and brought their distilling practices. Today, you can learn about this history along the Tennessee Whiskey Trail, which features almost 30 distilleries. Before maturing, Tennessee whiskey is given a special touch by filtering through maple charcoal chips.

It is hardly surprising that fried catfish is a favorite meal in Tennessee, given how widely popular fishing is there. Even though catfish has a strong flavor, if not prepared properly, it becomes a delicious meal in the hands of a good chef. It is traditionally fried with cornmeal coating and served alongside fries and hushpuppies.

Tennessee offers a variety of cuisines because of its rich food history. The geographical diversity means that no matter what kind of food you usually like, you will find something you love in this state. In keeping with the traditions of the South, most of Tennessee’s favorite food is fried, like fried chicken and fried catfish. Even the pickles are eaten fried. Homemade wine and Tennessee-made whiskey are popular all over the US. Dry ribs, country ham, and meat and three are some meaty favorites, while the banana pudding is a beloved dessert. 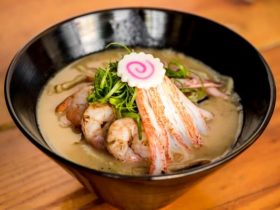 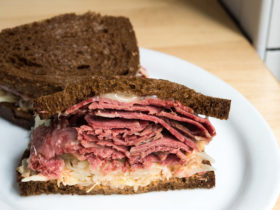