Winter after New Year’s is one of the best times to visit New York City. Seriously. There are bargains to be obtained, there is finally some elbow room on the sidewalks of SoHo and Greenwich Village, and the city wears the cold well with a few must-see events for those who don’t mind layering up.

On a winter Saturday a century ago, about 30,000 New Yorkers would flock to Central Park’s long-gone Great Rink to skate (not so much to skate as to flirt). Those days are gone, thanks to happy hour, but skating outside in the city, especially at night, remains a typical New York experience.

The rink at Rockefeller Center, a city symbol, is a small place crammed with visitors eager to get a selfie in front of the gilded Prometheus statue (it’s $32 to skate, $12 to rent during peak season, and only slightly cheaper in January). Wollman Rink in Central Park’s southeastern portion is better for skating. It’s a large outdoor rink with fantastic views of Midtown Manhattan and the park’s treetops. Skate Monday through Thursday ($12 to skate, $9 to rent) to save money; weekends are $7 more expensive.

Bryant Park’s pocket-sized rink, which is free to use (though skate rental is $20), provides an equally stunning environment. Further downtown, at Brookfield Place, you can skate beside the Hudson River for $15 plus a $5 skate rental (but dress appropriately for the windchill).

The Chinatown parade to commemorate the Lunar New Year is one of the city’s most important (and colorful) events. Every year, around 500,000 people flood the streets to taste the food on the sidewalks, shop, and watch vivid dragons parade down Canal Street. Many locals, however, are unaware that it is not the only venue to celebrate Chinese New Year. The Flushing, Queens, celebration, which is actually a couple of years older than the Manhattan parade, is just as vibrant, albeit with significantly fewer participants (about 10,000 a year).

Although New York has improved its coffee game in recent years, the city has always taken hot chocolate seriously. For the past 25 years, City Bakery in Chelsea has hosted the Hot Chocolate Festival, with a different theme for each day of February. That equates to 28 hot chocolates. However, City Bakery does not have a monopoly; serious chocolatiers can be found all over the city, from Bryant Park to DUMBO.

Despite the fact that the foodie-themed ‘week’ actually lasts three days, this popular event offers reduced set meals at great city restaurants for $29/$42 for lunch/dinner – a steal in NYC. Reservations, dates, and a list of participating restaurants can be found here.

Grand Central Terminal, a hub for Amtrak, MetroNorth, and the MTA subway, is a favorite among New Yorkers (well, the building is, but maybe not the unreliable train service). The structure, which Jackie O saved from a Penn Station-like destiny, is always a spectacle, with continual action,’secret’ bars and whisper galleries, and the sophisticated Oyster Bar underneath. The Great Northern Food Hall, as well as the fine-dining establishment Agern, are ideal for escaping the harsh chill of a New York winter (and indulging in the delights of Nordic cuisine). Both are the work of Noma co-founder Claus Meyer.

Brooklyn’s Winter Flea has become a winter shopping tradition, and it has recently moved to a new location in Industry City. From 10 a.m. to 6 p.m. on Saturday and Sunday, approximately sixty vendors sell a variety of goods. Even if you’re not looking to buy anything, it’s worth attending to satisfy your appetite at the associated Smorgasburg festival, which serves up street food and other delectable delicacies from vendors all over town.

Pancakes are also a favorite of people in NYC during all seasons. Visit this blog post to learn more about the best pancakes in NYC. 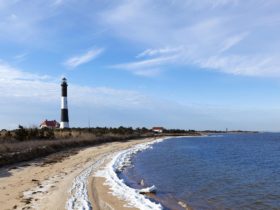 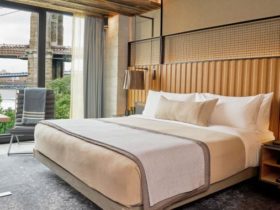 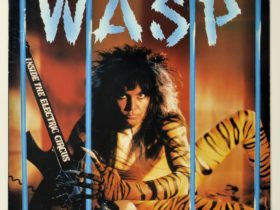