Welcome to New York. A dream city for many people, thanks to its unmatched vigor and atmosphere. We, at Spice Market New York, have talked about this in detail in our previous article about the must-haves in your Big Apple itinerary. For this one, let us discover a different side of NYC and find those so-called hidden gems, secret places that are often the least visited places by tourists.

If you are on 37th Street, you should probably make it a point to check out this secret restaurant called El Sabroso (which is actually inside of a loading dock). For just $6, you can get a satisfying Latin American cuisine for lunch. Believe us when we say it is absolutely delicious.

The fact that you get so much food cheap—which is a rare find in New York—makes El Sabroso a must-visit restaurant in New York. Especially in this area, where it is hard to find a meal this delicious and affordable.

There are so many secrets in Grand Central, but one of the most interesting is that there is actually a hidden tennis court inside here. We are going to teach you exactly how to get there.

Before the ongoing global health crisis, the somewhat hidden tennis court is open to the public and, surprisingly enough, most New Yorkers do not even know it exists. All you have to do is take the elevator inside Grand Center to the fourth floor and you are one step closer to becoming the next Novak Djokovic and Serena Williams.

Saying the tennis court inside Grand Central is huge is an understatement. It can accommodate the most experienced of players in the city. However, for beginners who want to try it out for the first time, know that you can rent a pair of rackets for as low as $10.

The court rental, on the other hand, starts at $75 per hour. It is a fairly decent price considering how beautiful the court, as well as how spectacular the view is. As a matter of fact, this secret tennis court in Grand Central’s view outside is actually one of the Avengers’ filming locations.

In Keens Steakhouse, they have a massive collection of clay pipes that were once held for presidents, writers, and famous celebrities like Winston Churchill, Babe Ruth, Albert Einstein, and Herbert Hoover just to name a few. In fact, there are over 90,000 here that were reserved for them to use when they would come here and have delicious steak.

It is probably one of the most classy and elegant holiday party venues you can go to with your friends or family.

This is a little known secret and it is pretty cool. Hidden inside the Times Square Subway System is the secret entrance to the Knickerbocker Hotel. Other than an old sign that actually says “Knickerbocker,” it looks like nothing.

This is one of the ways that you can secretly get in, although it is not open to the public anymore, it is still cool to have and know this old-school passageway and sign exists.

One of the best secrets of New York is that we have tons of speakeasies all over the city. A speakeasy is a secret bar that was created in the 1920s during Prohibition when people still wanted to drink but it was illegal.

There are tons around here, most of them are hidden. One of our favorites out of them all is called “Please Don’t Tell”—which is the complete opposite of the name of the adjacent hotdog place called “Eat Me.”

Now, from the outside, it does not look like much because, in essence, that is the whole point of a speakeasy. Be prepared to go into sort of a labyrinth before you reach “Please Don’t Tell.” To get into this ultra-popular yet highly secretive 20th century speakeasy, you actually have to go through an unassuming telephone booth on the wall and then dial “1” to connect to the host inside, where you can get in and get your reservations.

There is actually a little trick to getting to this place because it is super, super popular and hard to get into. It is literally impossible to get in if you just show up, but what you actually should do is call at 3pm (the time they start accepting reservations). It is important to note that it will have a busy tone., but just keep dialing their contact number.

When you finally get through, tell the host your name, your party size, and what time you want to come. That will guarantee that you have reservations at “Please Don’t Tell” so you do not want to miss it.

In Union Square, there is this little building here that has a 15-digit number on it. A lot of people think this is a countdown to something, some quite possibly think it is the national debt, but it is actually a 15-digit clock.

New York’s hidden gems truly contribute to the mystique and the effervescence of the so-called “City That Never Sleeps.” To be honest, these amazing secret spots represent just the tip of the iceberg of the Big Apple’s road-less-traveled itinerary. So, if you want to learn more about this great city, be sure to circle back and read more articles here on Spice Market New York. 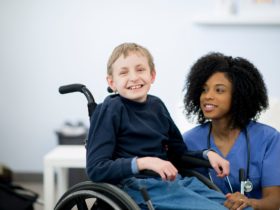 5 Common Causes of Cerebral Palsy You Should Know About

The 10 best Greek Islands you need to visit

15 of the most mind-blowing murals

What to pack for an African safari